The Circle of Conflict is a visual illustration of the main sources of conflict. Noted negotiator and mediation expert, Christopher Moore originally came up with this model to help support mediation and negotiation efforts. This tool is useful as a means of identifying and agreeing on the source of a conflict. Understanding the source of a conflict can go a long ways to developing a strategy for resolving the issue collaboratively. 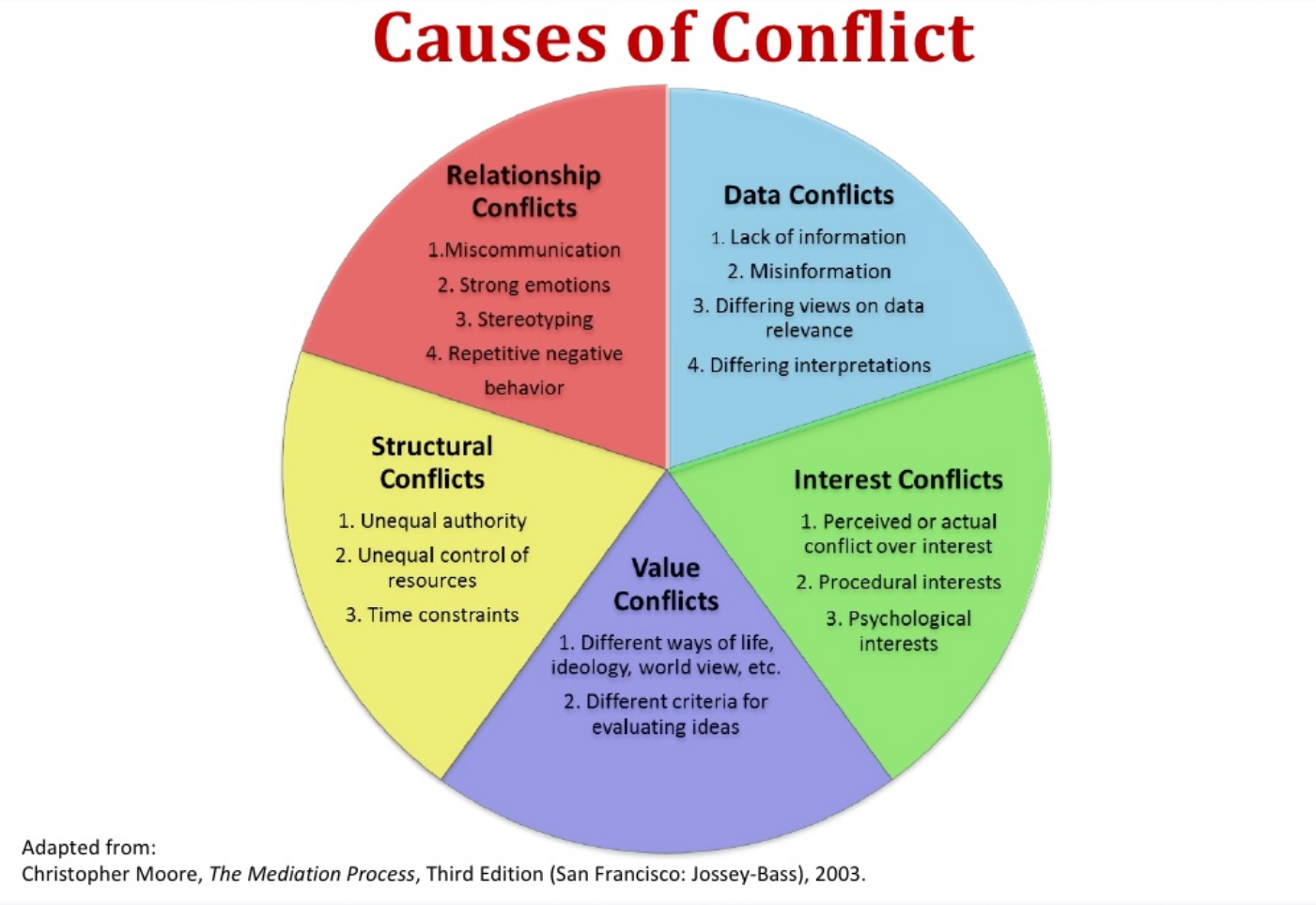 There are five primary sources of conflict:

How to Use the Circle of Conflict