Kärin Butler Primuth is CEO of visionSynergy, an organization that specializes in the development of partnerships and networks focused on reaching the unreached. Kärin’s vision for collaboration has grown out of thirty years of international ministry experience, having lived in South Africa, India, and China, and traveled to more than twenty-five countries.


What is your collaboration quotient?

Collaboration is the future of world mission.

Nothing significant will happen among the unreached without greater collaboration among Christian leaders, churches, and mission organizations.

We recently learned about an unusual mathematician who can teach us a lot about the value of collaboration. 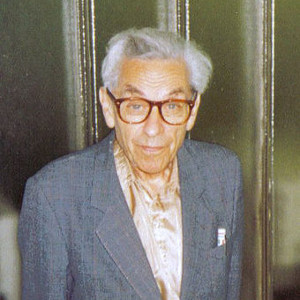 People often think of mathematicians as solitary geniuses, working away in isolation. And that is true of many mathematicians, but not Paul Erdős.

Erdős was a brilliant thinker who spent his adult career traveling the world, collaborating with other mathematicians on an incredible number of publications and creating solutions to outstanding problems.

Erdős worked with more than 500 collaborators and published more papers in his lifetime than any other mathematician (more than 1,500 papers)!

His influence was so important that mathematicians today rank themselves according to their “Erdős Number” – which is a measure of how closely a mathematician is connected to Paul Erdős. 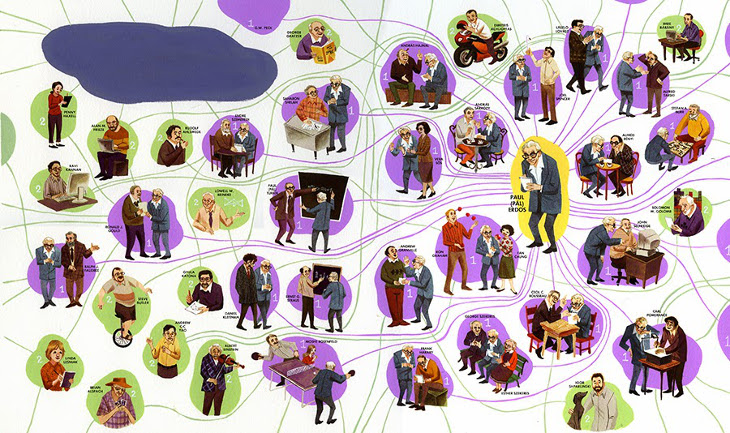 Image credit: Map of Erdős connections from The Boy Who Loved Math: The Improbable Life of Paul Erdős, by Deborah Heiligman

Here’s how the “Erdős Number” works:

The number, diversity, and influence of people connected to Erdős even one or two steps away is astounding. Many people with an “Erdős Number” of +2 or +3 are Nobel Prize winners in a wide variety of fields including Physics, Chemistry, Medicine, Finance, Economics, etc.

Having an “Erdős Number” of +1, +2, or +3 is considered an honor among many accomplished mathematicians and scientists.

… what if Christian leaders approached collaboration the way Paul Erdős did?

… what if Christian leaders thought the same way about their own “collaboration quotient” as mathematicians today think of their “Erdős Number”?

We’re convinced that if we as Christian leaders took missional collaboration as seriously as Paul Erdős, we’d see numerous breakthroughs in world mission in the same way Erdős and his collaborators found answers to numerous unsolved problems.

Here are four positive trends toward collaboration we see in the mission community:

The mission funding community is shifting more of their Kingdom investments toward projects initiated by networks and partnerships. Many major donors now explicitly ask grantees how they are working in partnership with others to accomplish the goals of their project proposals.

As advisors to numerous missional networks around the world, visionSynergy has the unique opportunity to see how networks are connecting with each other. For example, many networks share common operational challenges. We are seeing representatives of multiple networks come together to share knowledge and address particular issues such as information security and regionalization.

There are thousands of churches and Christian organizations represented in the networks and partnerships visionSynergy currently serves. We often see the same people or same organizations involved in multiple networks. These people are the “Erdős” collaborators of the mission world and the increasing number of these collaboration-friendly organizations is a tremendous sign that the mission community is shifting to a new future.

Collaboration is the key that will reduce the duplication of our efforts, maximize the impact of our ministries, and strengthen the credibility of our witness for Christ.